I’m just back from an incredible couple of days in the Netherlands. Nestled in the southeast provence of Limburg lies the beautiful town of Valkenburg.

This friendly town is officially called Valkenburg aan de Geul . The Geul is a small river that flows through the centre of town. The houses and buildings were generally tall and narrow and had ornamented façades.

Valkenburg boasts the only elevated castle in the Netherlands. Originally built in the 12th century, it was rebuilt and added to several times over the generations until finally being destroyed in the 17th century to keep it out of the hands of the invading French troops. 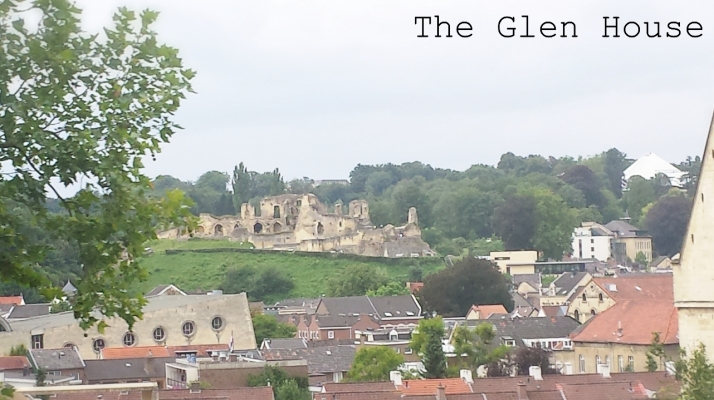 Taken from a steam train 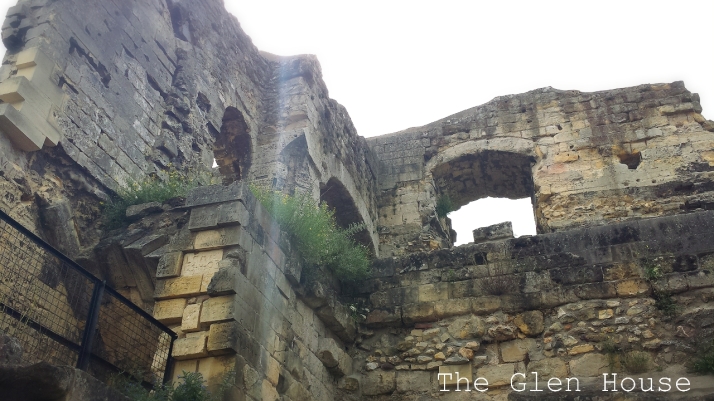 The food and drink was stunning. Valkenburg is known for its ‘Burgundy lifestyle’, meaning enjoyment, good food and extravagant display! There were streets full of cafés, restaurants and bars all with beautifully decorated outside terraces.  Flowers and plants sat alongside tables and hung from canopies while candles glowed in the evening. It was all so welcoming.

Bite-size snacks are commonly served as bar-food or side-dishes in the Netherlands. This clever little trick was meant to entice you to drink more to wash down the salty spicey morsels. Sitting outside a tiny traditional bar we sampled some Bitterballen and Vlammetjes alongside some cheese cubes and sausage.

Vlammetjes or ‘little flames’ looked like little golden envelopes and were packed full of spicy mince. They were served alongside a sweet chilli dip.

Method
Cut Pastry squares into quarters, then each quarter into two triangles for a total of 80.
Combine the mince with the other ingredients.
Roll 80 meatballs. Place one in each triangle, then smear a little egg around the edges. Fold the triangle closed so it’s still a triangle. Deep-fry in oil until brown.

The little golden Bitterballen balls were crunchy on the outside but strangely gooey in the middle. I didn’t like the look of the inside of the ball- it looked like dodgy dog food! However, dipped in mustard the beefy mixture was fantastic.

Method
Heat one tablespoon of the butter in a large skillet over moderate heat and cook the meat, carrots, and onions until the meat is browned and the carrots are tender. Drain the meat in a colander, then place in a mixing bowl. Add the salt, pepper, nutmeg, lemon juice, and parsley and stir to combine. Set the meat mixture aside.

Heat the remaining 3 tablespoons of butter in a saucepan over moderate heat and stir in the flour to make a roux. Cook this for 2 to 3 minutes, then add the beef stock/milk. Continue heating, stirring constantly, until the sauce boils and becomes quite thick. Combine the sauce with the meat mixture, stirring to combine them thoroughly, and chill this mixture for at least two hours in the refrigerator, until it has become solid.

When the mixture has solidified, roll it into balls about 1 inches in diameter, using your hands. Roll the balls in the bread crumbs, then in the egg and water mixture, then in the bread crumbs again. Fry a few at a time in a deep fryer with at least 2 inches of oil at 190 degrees C until golden (about 2 to 3 minutes). Drain on paper towels and serve immediately. 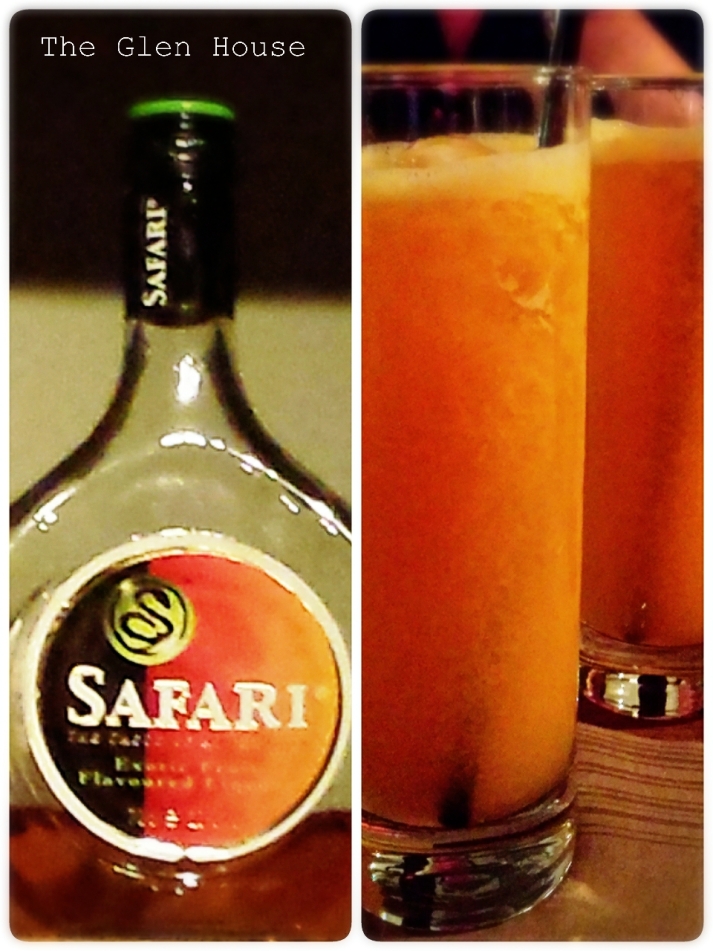 My final little discovery was this funky fruity liquer mixed up with some freshly squeezed orange juice.

I’ll be bringing a bottle and hopefully some snacks to Angie’s place for this week’s Fiesta Friday, take a look. 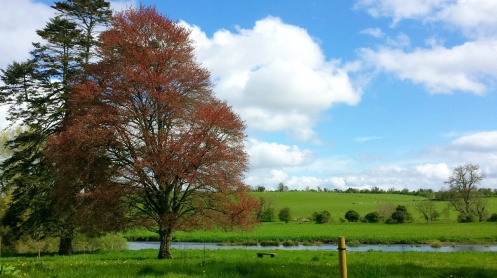 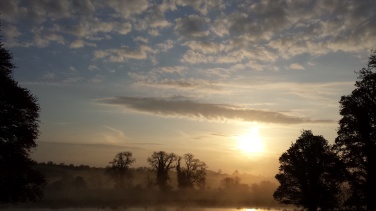 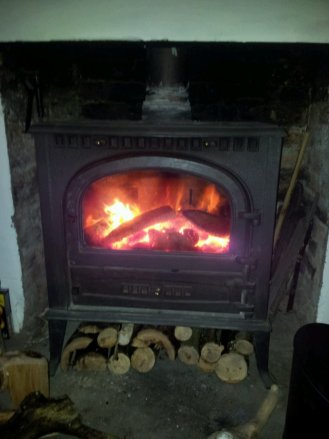 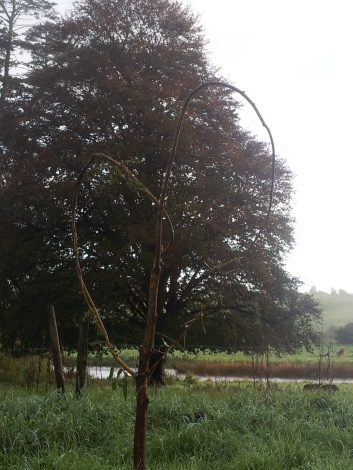 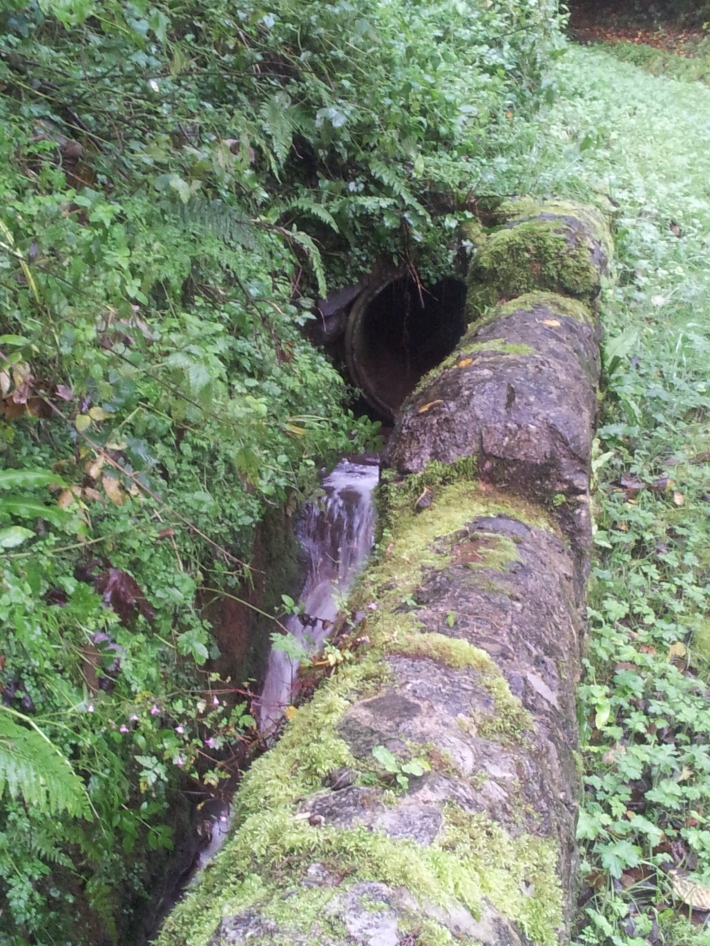